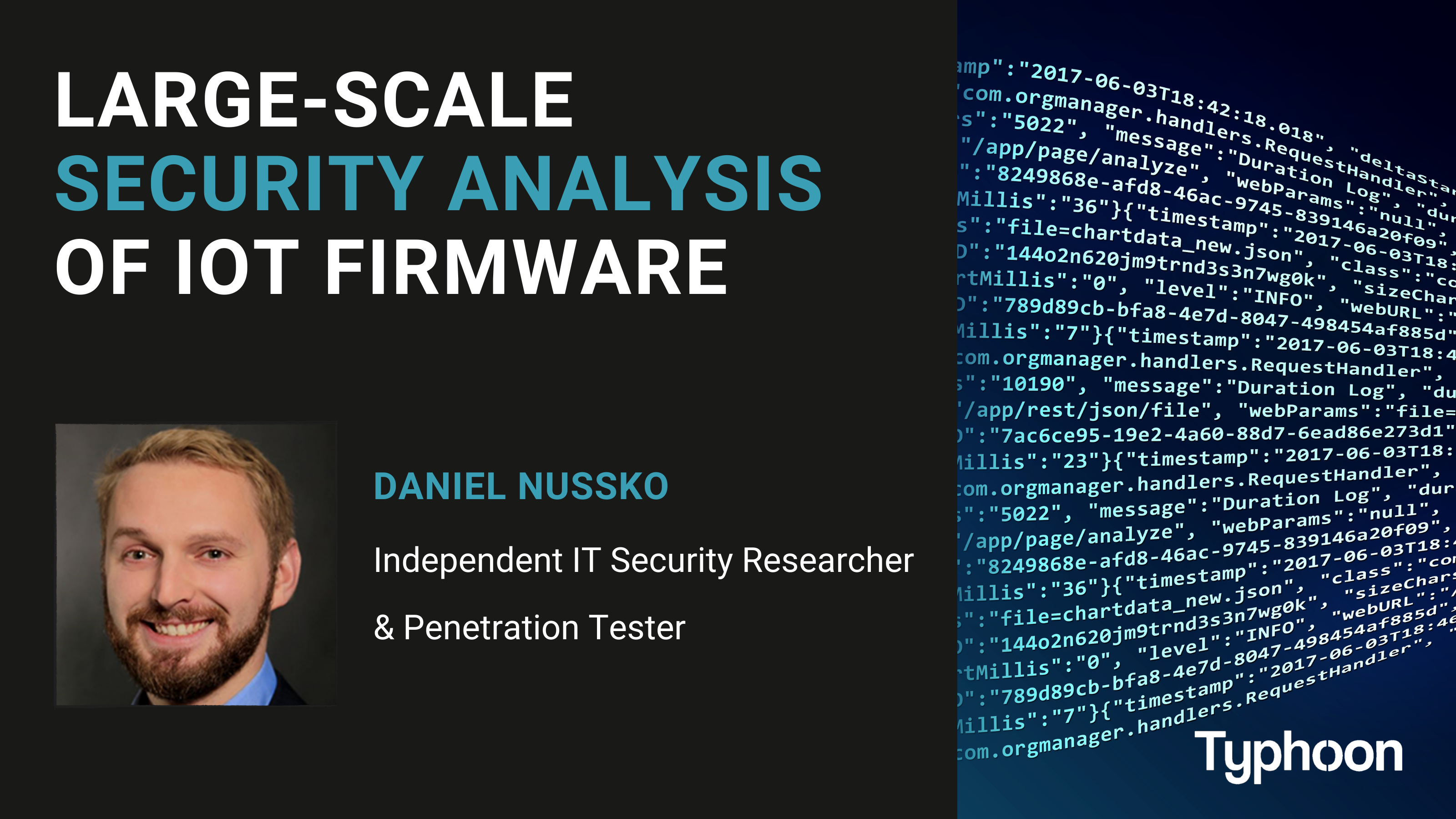 Today, the number of IoT devices in both the private and corporate sectors are steadily increasing. IoT devices like IP cameras, routers, printers, and IP phones have become ubiquitous in our modern homes and enterprises. To evaluate the security of these devices, a security analysis must be performed for every single device. Since manual analysis of a device and reverse engineering of a firmware image is very time-consuming, this is not practicable for large-scale analysis.

To be able to conduct a large-scale study on the security of embedded network devices, an approach was applied that allowed a high number of firmware images to be statically analyzed. For data acquisition, a crawler was used to identify and retrieve publicly available firmware images from the Internet. More than 10,000 individual firmware images have been collected. The firmware was automatically unpacked and analyzed regarding security-relevant aspects. For the first time, this research provides insights into the distribution of outdated and vulnerable software components used in IoT firmware. Furthermore, a comprehensive picture of the use of compiler-based exploit mitigation mechanisms in applications and libraries is given. Factory default accounts were identified, and their passwords recovered as far as possible. Also, a large amount of cryptographic material was extracted and analyzed. A backdoor has been discovered in the firmware of several products that allows remote access to the devices via SSH after triggering the functionality. The backdoor has been verified and confirmed by the vendor and two official CVE numbers have been assigned.

The results of this large-scale analysis provide an interesting overview of the security of IoT devices from 20 different manufacturers. The IoT firmware was analyzed regardless of device type or architecture and a broad picture of their security level was obtained.

Daniel Nussko is an independent security researcher and information security professional with years of progressive experience in the industry across a wide range of sectors. He holds a master’s degree in IT Security. Prior to becoming a freelancer he worked for a German consulting company as a security professional and penetration tester. His special research interest is the security of IoT devices and reverse engineering of firmware.